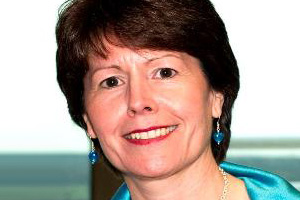 P&O Cruises managing director Carol Marlow is hopeful its new ship will ride a wave of increased positivity when it comes into service in 2015 and attract a new generation of British cruisers.

The as yet unnamed 3,611-passenger 141,000 ton vessel, the third of a new class – the first two of which are being built for sister brand Princess Cruises – will be the biggest ever built for the UK market when it enters service.

It will go on sale next year and on Wednesday a key moment in the construction was marked when a 500-tonne section of the keel was laid in the dry dock of the Fincantieri shipyard near Trieste, Italy, where it will be built.

Speaking to Travel Weekly at the event, Marlow said by the time the ship was operational she hoped to have seen a marked pick up in the British economy.

“There is a certain optimism out there even now, there is more of a feeling we are coming out of the other side. How great if this ship can add to that sense of optimism and encourage people to be positive and move on.

“We are looking at this ship as being a vehicle for us bringing in a whole host of new cruisers. This is the biggest and best ship built for Britain. We are seeing this as the next generation of new ships because of the design quality.”

P&O believes its research into what Brits want from their cruise holidays among past customers, rival lines’ customers and people who have yet to cruise places it at the forefront of meeting changing expectations.

In a departure from the norm the firm has enlisted a single London-based design agency from the world of hotels to oversee the entire ship.

It has been tasked to make sure while its different areas have their own character they are consistent with the overall look and feel and to bring in a new perspective on cruise ship interior design.

More details about the ship will be revealed in due course, but Marlow said there had been a big move forward in what people today expect from technology and design.

“Just think about what people are doing at home these days that they were not doing five years ago. It puts a different outlook on the possibilities people have and helps them enjoy their holidays even more.”

The line’s first two 3,000 plus passenger superliners, Ventura and Azura, entered service in 2008 and 2010 representing a step change in capacity dedicated to the UK.

“Our success in adapting to the market’s changing needs is why our ships continue to fill and why the whole cruise sector ultimately continues to buck any downward trend,” Dingle said.