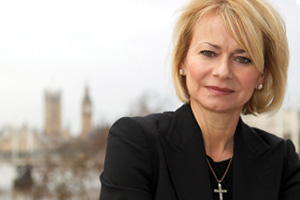 Thomas Cook has described today’s refinancing as “much more comprehensive” than a proposed package that would have injected £400 million of equity which was rejected last March.

Thomas Cook turned down a bid by former Gold Medal boss Terry Fisher in March 2012 to take a two third stake in the firm for £400 million.

Asked about the similarity to the figure of £425 million the firm will raise with a shares issue as part of the £1.6 billion refinancing chief financial officer Michael Healy said: “This is a much more comprehensive refinancing of the business, not just involving getting equity in to the business but also extending maturity of the debt profile and flattening the debt profile.

“That’s the positive aspect of this refinancing.”

Speaking to the media this morning, Healey said as of Cook’s last financial year end net debt stood at £788 million, so the package of measures announced today reduces that by more than half.

Chief executive Harriet Green said that Cook was increasing its targeted savings this year by £25 million to £170 million.

She said this was largely from working more efficiently as a group in terms of procurement and other activities rather than from further job losses.

The cost reduction programme this year was already three quarters achieved against the original target, hence the decision to raise the level Cook will achieve.

In total Cook has increased its targeted cost savings by 2015, the end of the turnaround period, by £40 million to £319 million.

A review of the UK business portfolio ahead of any decision on disposals was ongoing, said Green, who said only Cook’s share in NATS, the national air traffic organisation, was currently up for sale.

Green said work was progressing in increasing the number of concept hotels exclusive to Thomas Cook and this stood at 93 today, up from 66.

These properties achieve attract twice the gross margin and twice the volume of bookings.

The proportion of business transacted online has hit 35%, and had moved closer to the 2015 target of 50%, said Green.

Green said: “The refinancing has major advantages for the group. It reduces our debt, increases capital and increases our financial headroom by removing the wall of debt we faced in 2015.

“It gives us resources to invest in our profitable growth strategy and it creates a platform for the resumption of dividend payments.”

More information on when dividends would return was promised in 2015.

Green said Cook in the long term had the resources to “unleash the full power of the Thomas Cook brand”.

“We are making great progress. We could not have done this refinancing without that great progress of the business. Not only is Thomas Cook back but we are better and we are there and driving it strongly.”