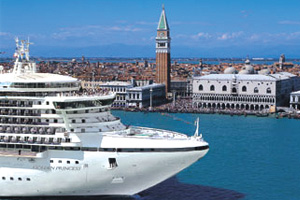 P&O Cruises is exploring enhancements to its dual-fare pricing system in 2014 to add greater value to its flexible early booking deals similar to how airlines operate.

But the operator says it wants to increase the differential between the fare types so customers recognise the value in Vantage fares and the two types can be offered together throughout the selling process.

Work on how this might be achieved comes after agents complained some customers were angered by Cunard Getaway fares released in March five months before departure.

These were offering a £700 per couple saving which agents complained undermined the benefits of Vantage fares which they had persuaded customers to buy.

Although the operator has included a price promise with its Vantage fares under which it will make up any difference if they have to be reduced no such offer is made if the deal is a Getaway fare.

“It’s all about differential between the two fares and how much people value those differences,” she said.

“We are looking at the positioning of the two prices and whether there is demand for a Getaway earlier in the process more like an airline with a fully flexible fare and a more restricted fare.”

Marlow said that P&O Cruises has had to reduce its Vantage fares this year on a number of occasions and customers were able to take advantage of the price promise.

Meanwhile, Marlow said she was optimistic that the line’s as yet unnamed new superliner would be hitting the market at the right time as the economic upturn takes hold.

“There is a certain optimism out there even now. How great if this ship can add to that sense of optimism and encourage people to be positive and move on.

“We are looking at this ship as being a vehicle for us bringing in a whole host of new cruisers. This is the biggest and best ship built for Britain. We are seeing this as the next generation of new ships.”

The new vessel, which is the same class of ship as Princess Cruises new Royal Princess, will enter service in 2015, but will go on sale in around a year’s time.