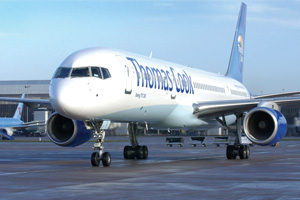 Thomas Cook has moved to update its short-haul aircraft fleet through a cost-saving leasing deal.

Six Airbus A321s due to be purchased by the travel group are to be acquired instead by leasing company GECAS. The aircraft will be leased back to Cook for a period of 144 months.

Four of the aircraft are due be delivered in the first quarter of 2015 followed by the remaining two in the second quarter.

An additional three A321s are to be leased from GECAS by the third quarter of 2015.

Cook said today that it has now entered into agreements to replace 23 of its existing fleet of 85 aircraft over the coming years. It is due to take delivery of its first new A321 this week from an Airbus facility in Hamburg.

“Upgrading the fleet in this way not only improves passenger comfort but will improve efficiency and reduce fuel burn and CO2 emissions as part of our ongoing commitment to environmental sustainability,” the group said.

In addition, German airline arm Condor has embarked on a major cabin refurbishment.

Cook recently announced the combination of its four airlines in the UK, Belgium, Germany and Scandinavia into one as part of its on-going efficiency drive.

Group head of air travel Christoph Debus said: “These commitments, as part of the renewal of our narrow body fleet, represent significant further progress as we continue to invest in the future of our business and work with our key partners to deliver a holiday experience in line with what our customers expect from a market leader such as the Thomas Cook Group.”