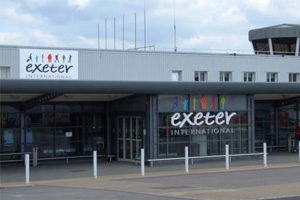 A majority stake in Exeter airport is to be sold, according to reports.

Infrastructure group Balfour Beatty has been speaking to potential bidders over the past few weeks, Sky News reported.

The group bought the airport from Devon County Council for £60 million in 2007. It is unclear how much Balfour is looking to offload the stake for.

The company wrote down its 60% stake in the airport from £12 million to zero, saying that “while underlying trading has not deteriorated we believe that the timing for recovery of passenger numbers has gone further out, particularly in the light of the imposition of increased Air Passenger Duty rates”.