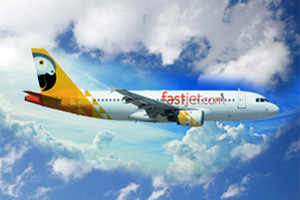 Doubts over the future of Fastjet, the low-cost African airline backed by easyJet founder Sir Stelios Haji-Ioannou were highlighted over the weekend.

The airline has had its accounts qualified by auditors amid concerns it does not have the funds to continue trading as a going concern, the Daily Telegraph reported.

KPMG said there was “significant doubt” that the airline could continue to trade.

The auditor said these figures and the fact that its prospects depend on improved trading and extra funding were all reasons for the qualification, the newspaper reported.

A Fastjet spokesman said: “The ability to stimulate and grow the market using the low-cost airline model has proven to work.”

He added that Fastjet was the second most “liked” African airline on Facebook and the airline was expanding to South Africa.

The accounts were published almost two hours after the market closed in London on Friday.