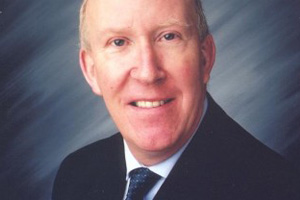 Travel industry veteran Ron Haylock, who at various times was a director of companies including Hoseasons, Kirker Holidays and Holiday Autos, died unexpectedly in early May at the age of 68.

Haylock will be remembered as the driving force behind the growth of RCI (formerly Resort Condominiums International, now part of Wyndham Worldwide) where he was group managing director.

However, Haylock’s contribution extended beyond travel and tourism to higher education: he was a major benefactor of the University of Nottingham.

He graduated in 1968 with a degree in chemical engineering.

It was at Nottingham that Haylock began his carrier in travel when, in 1968, the university registrar asked him to find someone to co-ordinate study visits to Nottingham from abroad. He subsequently joined the British Student Travel Centre as marketing director.

Haylock joined RCI Europe in 1984 when timeshare was in its infancy and RCI a small operation with a number of staff to match.

Haylock also shaped the Resort Development Organisation (RDO) – created out of the former European Timeshare Federation – a body he chaired.

At the same time, Haylock maintained his association with Nottingham, serving on the University Council from 1980 to 2003.

He was a pro-chancellor of the university and as council president for eight years he oversaw the planning and construction of a new campus.The boardroom at the University Business School was named the Haylock Room in his honour.

Nottingham University vice-chancellor David Greenaway said: “Ron was a truly remarkable person. His interest and enthusiasm for the University of Nottingham knew no bounds. He had a decisive role in creating the university we know today.”

Jacobs said: “Ron was a true pioneer and innovator within our industry. Off the back of his experience in building RCI into a pan-European business, he was instrumental in helping myself and my team develop Holiday Autos internationally.”

Haylock was also vice-chairman of Christel House, the children’s charity set up by Chistel DeHaan – a fellow Nottingham graduate and co-founder of RCI.

His funeral was held at Dingley Church in Northamptonshire where he lived.