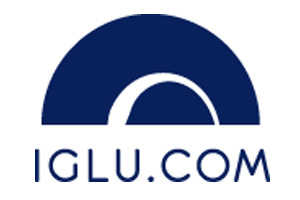 The deal, for an undisclosed sum, comes just over 12 months after Iglu secured venture capitalist funding from Growth Capital Partners (GCP) in a deal which valued the firm at £19 million.

GCP backed the planet buyout and the annual turnover of the combined business was said to be £135 million.

Both Iglu’s and Planet’s offices in Wimbledon and Portsmouth respectively will be retained as will all staff. Planet employs 75 people.

Iglu claimed the deal means customers will be the first in the country able to research their holidays via either its website, its mobile App, on a tablet or on television.

Iglu chief executive Richard Downs said: “This acquisition means we are going to be delivering the future of travel retailing today.

“With the convergence of TV and the web our customers will have access to the richest and most informed content whichever way they chose to access it.

Portsmouth-based Planet Cruise, which was founded in 2005 by husband and wife team Gary and Jenny West, launched a cruise show on the Ideal World Shopping Channel in January 2008.

It sells cruises on regular TV slots which on all digital platforms such as FreeView, Virgin, Sky and Freesat.

“There is a natural fit in the two businesses coming together and we as a team here at Planet Cruise look forward to creating a new market leader.”

Iglu managing director, Simone Clark, added: “This is an extremely exciting chapter for Iglu – we’ll be keeping on all the staff and both offices as we plan to continue to grow both the Iglu and Planet Cruise businesses and we now have an even stronger team to take us forward.”

Iglu was founded by Downs in 1998 during his final year of an MBA at London Business School. It expanded into cruise in 2006 and now employs a team of 150.

Simon Jobson, partner at GCP, said: “This acquisition will make Iglu the largest cruise agent in the UK and the market leader in its field.

“We initially invested in the business having seen how brilliantly it capitalised on the huge increase in the popularity of online travel, especially in the cruise sectors and we recognised the potential for developing its online presence and growth by acquisition.”