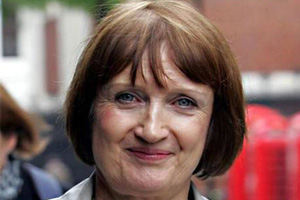 Politicians should “better understand” outbound tourism and its contribution to the economy, according to the former minister responsible for the London Olympics.

Tessa Jowell told the Institute of Travel and Tourism (ITT) conference in Abu Dhabi: “Ministers are always happy to be photographed on holiday in Cornwall. But we don’t hear about their subsequent holiday in Spain.

“I hope we can understand better the three strands – inbound, outbound and domestic – and see them as complementary.”

However, Jowell said: “Tourism needs to pack more of a punch in dealing with government if it is to be given more air time.”

Jowell was Secretary of State for Culture from 2001 to 2007 and presided over London’s successful bid for the Olympic Games.

In the role of culture secretary she was responsible for the minister of tourism whose job remains restricted to domestic and inbound tourism.

The MP for Dulwich and West Norwood, Jowell retained the Olympics portfolio both after ceasing to be a minister and following the change of government.

Jowell told the ITT she spent the Olympics living in the athletes’ village and said: “The world woke up to the UK last year.

“We showed we could deliver something visionary, risky and inspirational.”

London’s success in winning the battle to host the Olympics had surprised the government, she said.

“I was advised as secretary of state that I should write to the prime minister advising against bidding for the Games.

“Tony Blair thought we wouldn’t win. Everybody thought Paris would win. When the decision was announced all the cameras were on the French delegation.”

Jowell said: “We had a lot to learn from things which have gone wrong: the Dome and Wembley Stadium were pretty much disastrous.

“Developing this contaminated wasteland in London was like building two Terminal 5s in half the time, and Terminal 5 was not an unalloyed success.”

She said all-party support for the project had been crucial to the subsequent success of the Olympics.

“It’s hopeless if something like the Olympics or Heathrow capacity is the subject of constant scrapping across the despatch box in Parliament. You need cross-party support.”

Jowell insisted the Games gave a boost to inbound tourism, despite a fall in visitor numbers during the period itself, with the government and VisitBritain now targeting 40 million visitors a year by 2020.

Jowell suggested the Olympics had also contributed to “moving Britain up the World Economic Forum competitiveness index from seventh to fifth”.

However, she added, people might ask: “If we managed to deal with queues at airports last year, why not always?”