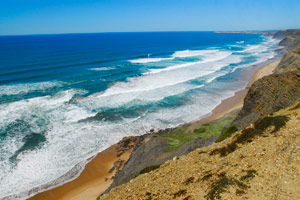 Around 250 people have been left out of pocket after the collapse of an accommodation company specialising in villas in Portugal.

Sixty bookings are reported to have been cancelled as a result of Suffolk-based Independent Villas going into liquidation due to financial troubles.

The company, which represented 33 villa owners on the Algarve, called in chartered accountants to place the business into voluntary liquidation.

“All holidays booked through Independent Villas have been cancelled and all people with bookings are in the process of being notified,” accountancy firm Larking Gowen said.

“The directors cite cash flow difficulties as a result of difficult trading conditions and increased competition in the market place for the company’s current difficulties.”

Larking Gowen failed to reach a deal with villa owners to allow booked holidays to go ahead.

“However an agreement could not be reached leaving the company with no alternative than to enter liquidation,” the firm said.

Independent Villas was established in 2009 as a booking agent for holiday villas predominantly in Portugal. The company, operating from Kesgrave near Ipswich, employed two directors and one part time member of staff.

It is not known if it sold through the trade, the level of debts involved or the number of people currently on holiday with the company.

The accountants said people currently on holiday would be able to complete their trips.

Larking Gowen business recovery director Andrew Kelsall told the BBC that holidaymakers had “probably lost their money” and they were trying to be contacted.

“The directors have said trading has been difficult with increased competition and reduced margins and they can’t continue further,” he said.

“The directors approached us two weeks ago and we put forward a proposition to the villa owners to see if we could salvage something, but it’s become clear that’s not going to work.

“We can’t go into the size of the actual debts now, but over the next few days we’ll be collating the financial position of the company and at that point we will have more of an idea of the funds that are available for full creditors.”

A creditors meeting has been called for July 2 to officially place the company into liquidation.