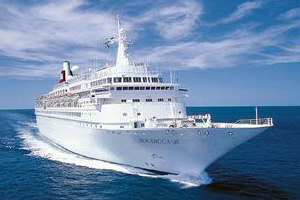 Fred Olsen Cruise Lines faces legal action after a ship departing from Liverpool was hit by a norovirus.

Travel law firm Irwin Mitchell says it has been contacted by passengers who became ill on four different cruises on board the line’s ship Boudicca in March, April and May – including a 14-night Baltic sailing from Liverpool last month.

The Liverpool Echo reported earlier this month that 96 passengers on board Boudicca had been affected by symptoms of gastroenteritis on the 14-night Baltic cruise.

Specialist travel lawyer Suki Chhokar told the newspaper: “It’s both very disappointing and worrying that passengers on board the Boudicca during March, April and May have suffered illness.

“As part of our ongoing investigation we will be carefully considering the adequacy of the steps taken by Fred Olsen to protect their passengers and reduce the risk of them suffering illness.

“We hope that all possible steps are taken by Fred Olsen to prevent any future passengers suffering illness.”

Fred Olsen said passengers were made aware of the importance of meticulous hygiene at all times.

Passengers showing symptoms of ‘vomiting bug’ norovirus are put into isolation in their cabins for 48 hours and examined by a doctor before being able to rejoin the rest of the ship.

A spokesman said: “Fred Olsen Cruise Lines can confirm that a number of guests have been affected by gastroenteritis-type symptoms on board its 880-guest cruise ship Boudicca on some recent cruises.

“At Fred Olsen Cruise Lines the health, safety and well-being of our guests and crew on board remains our priority at all times and we believe that our systems for preventing the spread of illness on board our ships are amongst the best within the industry.”