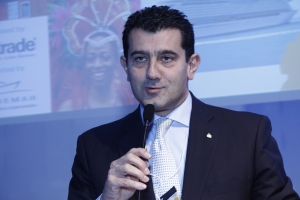 Gianni Onorato, president of Costa Crociere, is leaving the company with immediate effect, it has been announced.

A statement from the cruise line said Onorato is set to “pursue a new career direction”.

Michael Thamm, chief executive of the line, said: “I regret Gianni’s decision. He has played an important role in the development and growth of Costa Crociere.

“Personally and on behalf of the whole company I want to express my gratitude to Gianni for having contributed to the success of Costa. I wish him the very best for his personal and professional future.”

Onorato has been president of the brand since 2004, having joined Costa in 1986 before working his way up to cruise product director.

In 1998 he became vice president and cruise operations director.

The past 18 months have been a challenging period for the cruise line following the Costa Concordia tragedy in January 2012.