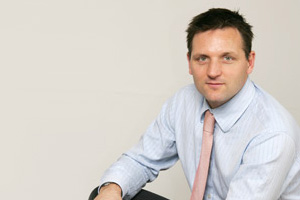 MSC said it was unable to confirm an appointment, but did confirm that former managing director Giulio Libutti had left the UK office by mutual agreement.

Hawke announced his departure from Carnival UK in May, stating that he was due to join a rival cruise line in November, but this week declined to comment on speculation that he was joining MSC.

An MSC spokeswoman in London said: “I can confirm that Mr Libutti left the UK office by mutual agreement last week.” She added that discussions were ongoing about whether he would remain with the company in a different role or leave the line.

Another spokeswoman in Switzerland added that she was unaware of the identity of Libutti’s successor, insisting the appointment process was still under way.

A move to MSC for Hawke will come as a surprise to many within the sector, who had tipped him to join Viking River Cruises following its announcement that it planned to expand its ocean cruising division.

Hawke’s appointment at MSC will raise questions about the line’s future remuneration strategy for third-party agents.

He was instrumental in the decision to reduce agent commission to 5% for P&O Cruises and Cunard in 2011, sparking cuts at rival cruise lines.