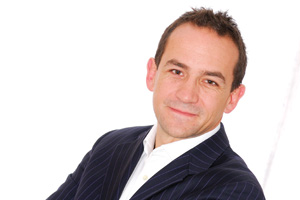 The average traveller is being badly let down by inconsistent and mediocre customer service from airlines, according to Tim Williamson.

Speaking to Travel Weekly before he took up his new role as Monarch customer experience and marketing director, Williamson said there were better ways to look after customers without making them pay a fortune.

He believes that providing a consistently high level of service is the secret and that this does not necessarily need to mean that an airline can’t compete on price.

“But the lack of service is not the only issue – it’s also about a lack of consistency,” said Williamson. “With the size of some airlines today it is almost impossible to ensure that high standards of service are consistently delivered.”

The former Tui Travel UK customer director added: “The low-cost flying revolution has enabled more people to fly, but you expect really good service from all things you buy except from airlines, where you almost park your expectations and endure the flight – there is clearly an opportunity for an airline to change this.

“Even with Monarch’s expansion plans it will be possible to offer a consistently high service level to all customers.”

Monarch Group’s recent update showed it is on course to return to profit by the autumn after slashing losses. The group’s pre- tax loss for the year to October 31, 2012, was cut by 71% from £51.1 million to £14.9 million.