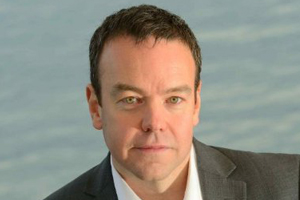 P&O Cruises and Cunard has started contacting its most supportive agent partners offering them bonus commission payments for sales in 2013.

Additional flat rate payments will be available per person for the first two people booked, not under 60 days before departure and for cruises of seven nights or more.

For Vantage fares on Cunard agents can earn £50 per passenger and on more restricted Getaway deals £20, for P&O Cruises the bonus payment is £40 and £15 respectively.

Chris Truscott (pictured), the new head of sales for P&O Cruises and Cunard, said the move was not a U-turn of the decision taken in 2011 to reduce commission to a base rate of 5% from between 12% and 15%.

“I want to make sure that agents feel that they can retain a level of earnings that encourages and incentivises them to work with us,” he told Travel Weekly.

“The behaviours I would like to see are agents reinvesting that in customer service or marketing activity. If it just goes into discounting, you have to ask is that really helpful for the industry?”

Truscott said he believed the controversial move to 5% had worked in terms of combating the rampant discounting that had marred the cruise sector.

And he said feedback from agents he has spoken to in the last four months was that the problem of discounting has been addressed.

But he said based on the feedback he was also keen to find ways to work with agents to grow their business and the cruise sector as a whole.

He denied the move was purely down to weak sales, claiming the sister Carnival UK operators had their most successful programme launch period ever this year and signs for 2014 were good.

“This is bonus commission on a per passenger basis. The concept is about not tying it to targeted growth but really simply saying here is something for you, the agent.

“I’m putting my money where my mouth is and saying now is the time for us to work together and build our businesses together.

“We have seen really strong demand for our cruises for the balance of the year and this is an opportunity for us to give more investment to the trade, for us to invest for the greater good.”

Fellow Carnival UK operator Princess Cruises has also started offering an additional fixed sum payment of up to £50 per booking on all departures in 2013 for all agents.

The movement on commission will be welcome by many agents who have stopped proactively pushing Carnival UK brands saying 5% was too low for them to make enough money.

Truscott said the decision to offer a bonus payment for 2013 did not have any bearing on 2014 commercial terms for the trade.

However, he said he would be assessing how the investment in the bonus commission this year develops.

Although the payments are not being made available to all agents, Truscott said they are aimed at a “broad enough church of our most supportive agents”.