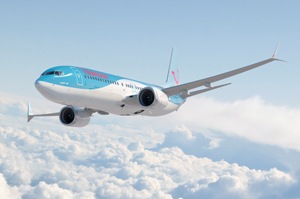 Tui Travel shareholders have overwhelmingly voted in favour of the purchase of 60 new generation Boeing 737 MAX aircraft with options for another 90.

The resolution won 99.73% of votes in favour at a general meeting of the group.

The $3 billion order was revealed in May together with the option to acquire a further 60 aircraft on the same terms and a right to purchase a further 30.

Deliveries of the 60 aircraft on firm order are due to start in January 2018 and run until March 2023.