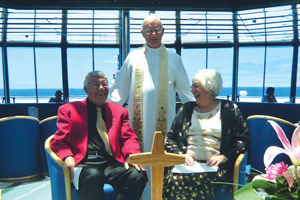 Fred Olsen Cruise Lines has defended itself following suggestions that a BBC2 documentary set on board Balmoral reinforced the perception that cruising is for the older generation.

Six-part series The Cruise: A Life at Sea, which began last week, follows the chaplain, passengers and crew of the ship as it sails on a 112-day world cruise. Consumers and some agents said the programme gave the impression that cruising was for older travellers and could be off-putting for potential cruisers.

One Fred Olsen client wrote on its Facebook page: “It was all about old people, illnesses and dying. Come on – this isn’t anything like the cruises we’ve been on.”

Nathan Philpot, the line’s sales and marketing director, said passengers would have been younger if the show had been about a shorter sailing.

“World cruises are generally for the older generation because not many younger people can take 100 or so days off work.”

He said it was important the trade and consumers understood the focus of the series was the chaplain and his ‘ocean parish’, and not the ship. The line saw its web traffic increase five-fold while the first episode in the series was aired last Tuesday, and made more than £1 million of sales for round-the-world and extended voyages in the next three days.

“Many people loved the show and it has given them some insight into how relaxed cruises can be,” Philpot said.

Mike Bartram, of Abbey Travel, York, claimed the show could prove off-putting for those who were new to cruise.

John Cooper, head of sales and marketing at the Liverpool Cruise Club, said: “The age thing was an issue, but you expect an older age range on a world cruise.”