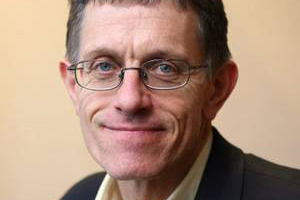 Travel agents have complained to the BBC about comments made about holiday pricing by Simon Calder during a news programme.

Agents said the £300 summer holiday prices suggested by Calder, travel editor at the Independent, were “simply not available”.

Sandie Nutter, a homeworker for Ultimate Destinations, said she felt Calder’s comments would have a negative impact on the trade.

“People are coming in asking for these £300 prices but they just aren’t out there,” she said. “And that leaves customers thinking that we aren’t willing to give them the cheapest deals out there and that we are loading holidays by adding extras on to the price.

“On top of that, it was made out that there are all these cheap holidays out there, but there isn’t even the flight capacity. I complained to the BBC and I believe several other agents have too. I just think it makes the industry look bad.”

Nutter said she thought Calder must have been referring to the initial price rather than the final amount with taxes and add-ons – something Calder denies.

The big two have cut capacity in line with a 2% decline in sales for summer 2013 allowing them to achieve higher average pricing, according to the latest industry data and dynamic packaged deals are not competitive at this time of year due to higher air fares.

However, the Sunday Times at the weekend appeared to endorse Calder’s claims, the travel section saying prices are being slashed and citing deals it has found with Thomson, Thomas Cook and Ionian and Aegean Island Holidays.

Calder said he thought his comments would be good for the trade and would “kick-start the market”. “I’m all for feedback,” he said. “The tone of what I’m hearing from agents is first of all scepticism.

“So I would invite agents to do what I did and go to a tour operator like Thomson, Thomas Cook or Monarch and explore the prices and go through to the last stage just before you put your debit card details in and then they will see the prices I’m talking about.

“I’m not going to deny the existence of cheap prices. I am a huge fan of travel agents and I have had a look at how much I have spent through travel agents this year and it’s at £6,700.”

Calder said he had responded to some agents who got in contact with him and discussed spending time in their agencies to “see what they are up against”.

He responded to comments by agents on Facebook by saying: “I am seeing lots of proper, bonded packages from the leading operators for under £300 per person (including 15kg baggage and transfers) during the school summer holidays. It’s a real buyer’s market.”

A BBC spokesperson said: “Simon is a well respected travel industry figure and we’re completely satisfied that his contribution was balanced and accurate.”