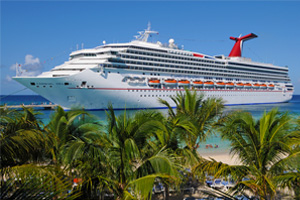 Can the world’s largest cruise operator persuade agents to play a part in its revival, asks Lee Hayhurst

A new agent-friendly approach adopted by Carnival in the UK is being reflected in its US homeland, indicating the depth of the difficulties the world’s largest cruise operator faces.

As reported in Travel Weekly, the P&O Cruises parent has work to do to convince many agents its new-found focus is more long-term commitment than short-term expediency.

But noises from the US, where the operator faces familiar complaints from agents even though it has not slashed commission to 5%, suggest the approach is not just tactical.

Agent commission tiers were changed in the US last year, leading to some earning less. Carnival later conceded it had announced the move too late in the selling cycle.

In both of the world’s most mature cruise markets, Carnival is back wooing the trade; for ‘Agent Matters’ in the UK, read ‘Carnival Conversations’ in the US.

Although bosses insist these parallel trade programmes were implemented independently of one another, both feature similarly conciliatory comments from Carnival bosses.

Lynn Torrent, executive vice-president of sales and guest services, told the Travel Agent Central website: “We need travel agents, we have and will continue to appreciate travel agents. We rely on them…”

In the UK, Chris Truscott, P&O Cruises/Cunard head of sales, said: “Agents are really important to our business and we need to look at how we evolve that relationship.”

The cynicism they face was voiced in May by Lowcost Travel Group chief executive Paul Evans, who told senior delegates at the Barclays Forum: “No one should be under any illusions that operators with such massive capital expenditure don’t have a huge direct-sell operation.”

Certainly, Carnival needs as many supporters as it can get, having been dogged by bad news over the last 18 months. This period began with the Costa Concordia tragedy, but since then its core US brand Carnival Cruise Lines has suffered a succession of technical problems, most seriously on Carnival Triumph.

Suddenly a global corporate giant and one of the most consistent performers on the FTSE and Dow Jones stock markets, where it is dual-listed, was starting to wobble. All the value recovered post-Costa Concordia was lost, and by June 11 the firm was valued at £13 billion. Today it is has rebounded to £19 billion.

But after a profits warning in May saw shares sink 13%, Investec analyst James Hollins pronounced the “Carnival bull story has taken a major hit”.

But the latest downturn has raised questions about the corporation itself and preceded a series of managerial changes here and in the US, most notably the splitting of the chairman and chief executive roles.

This saw the corporation’s figurehead Mickey Arison hand over the chief executive position to board member Arnold Donald and the return of the popular Bob Dickinson, former Carnival Cruise Lines president, to advise on agent relations and marketing.

It remains unclear whether the damage Carnival now concedes has been done to agent goodwill will make them a willing part of its revival.