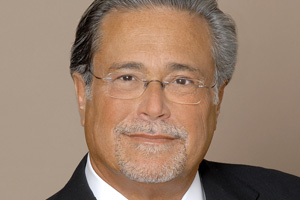 Carnival Corporation chief Mickey Arison has spoken to the media for the first time since relinquishing his role of chief executive and becoming chairman.

He told the Wall Street Journalthat he does not expect to play a day-to-day role as chairman, but that he plans to remain actively involved.

Director Arnold Donald succeeded Arison as chief executive of the world’s largest cruise group in the wake of last year’s Costa Concordia accident and the engine room fire on Carnival Triumph in the Gulf of Mexico in February.

Arison, interviewed on board Carnival Splendor in New York, discussed the leadership switch, European struggles and why its ships are travelling slower.

WSJ: “How will you and Mr Donald share power? And why did he get a different corner office than yours?”

Arison: “I am not moving out for the foreseeable future. There’s 34 years of memorabilia. I have no place to put all this stuff.”

WSJ: “What will you do as chairman?”

Arison: “Whatever Arnold wants. The way I view being a manager is to get the best people and let them do their job [and] then be available when they need help.

“It is not going to be a simple or easy transition for me. Obviously in 34 years as chief executive, I learned some things about the business. Arnold is going to have somewhat of a learning curve. Being in management is different than being on the board.”

WSJ: “Investors are curious about your game plan for restoring profit growth. What have you told them?”

Arison: “I said, ‘Ask Arnold how he is going to improve the financial situation’.”

WSJ: “Which chief executive duty do you want to retain as chairman?”

Arison: “I enjoy overseeing new ship construction. I have been doing it for a long time. Once construction has started, I help in negotiating the final specifications and stuff like that.”

WSJ: “How long will you remain chairman?”

Arison: “To not be on the board and not be chairman would be really hard. This has been my life 24/7, seven days a week for 40-plus years. As long as I have decent health, I am going to try to contribute something.”

WSJ: “What challenges loom for Carnival?”

“But it has been extremely hard. To put it into perspective, 3,000 passengers were impacted by the Triumph incident. None was hurt. It was a passenger comfort issue. We apologised.”

WSJ: “Some company advisers say it could take years for the Carnival brand to recover from recent ship mishaps. Why?”

Arison: “Our crisis consultants went through a significant number of other crises. Generally, it took two to three years to see recovery.

WSJ: “What global challenges do you foresee for Carnival and its industry?”

Arison: “We face a weak economic situation in Europe. Spain and Italy are heavily impacted. Southern Europe is going to continue to struggle. Europe is a very significant piece of our business, representing about 35% of annual revenue.

“Fuel has become another big issue. A lot of our ships were designed in a low-price fuel environment. Over the last six to eight years, fuel costs have more than quadrupled.

WSJ: “How soon will your advertising and marketing expenditures increase?”

Arison: “We will spend significant dollars this fiscal year—a projected $575 million compared with $527 million in fiscal 2012. Carnival Cruise Lines will be going back to television commercials in the fall.”

WSJ: “How fast is the company growing in Asia?”

“Our Princess cruise line has recently gone into Japan. They will be tripling their capacity for Japan and entering the China market next year.”

WSJ: “Who will have the final say if you [and Mr Donald] disagree on corporate strategy, such as divestitures?”

Arison: “Arnold will make the decision if it is a day-to-day situation. If it is something normally taken to the board and we don’t have a consensus, the board will hear both sides and make its decision.

“Divestitures are always possible with brands or ships. Brands will be a board-level decision. I find it hard to believe that we wouldn’t be aligned.”