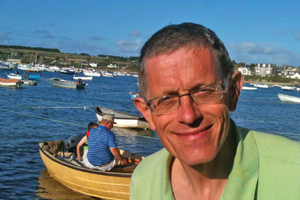 Journalist Simon Calder pledged to spend a day in a travel agency to see what “agents are up against” after his comments on holiday prices on TV prompted outrage in the trade.

Agents complained to the BBC after Calder (pictured) suggested summer holidays were available for £300 while appearing on BBC Breakfast last Friday.

Some agents said £300 holidays were “not available” and accused Calder of giving customers unrealistic expectations. Others said Calder could be referring only to short trips abroad.

Calder, travel editor of The Independent, said: “I’m in contact with several agents and look forward to spending time with them. I’m interested to see what agents are up against.”

Ultimate Destinations homeworker Sandie Nutter contacted Travel Weekly about Calder’s comments, saying they would have a negative impact on the trade. She also complained to the BBC, saying customers believe agents are holding back the cheapest deals and “adding extras on the price” of holidays.

“It makes the industry look bad,” she said.

However, Calder claimed his comments would “kick-start the market” and said he could not “deny the existence of cheap prices”.

Trade analyst GfK confirmed the availability of £300 deals, but suggested they were for short breaks.

GfK reported more than 2,500 bookings at £300 or less per person in the week to Saturday, July 13. However, GfK reported the “typical” cost of a seven-night holiday to be £616 in the same week and £494 for six nights or fewer. It also reported sales at this price down more than 10% on the same week last year.