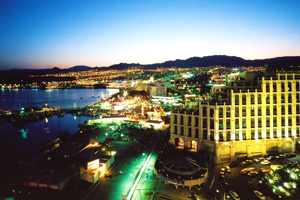 Israel’s Eilat airport was briefly shut yesterday after the military ordered the closure of surrounding airspace.

The airport re-opened after a closure of two hours.

“Security assessments” based on “intelligence and other regional developments” had prompted the move, the Israeli military said.

The Israel Aviation Authority said eight flights scheduled to land in Eilat had been diverted to another airport, Uvda, some 36 miles away, Reuters news agency said.

Eilat has been targeted in the past by rockets fired by Islamist militants in the neighbouring Sinai peninsula.

However, there was no suggestion that this closure is the result of an immediate threat to attack the airport.