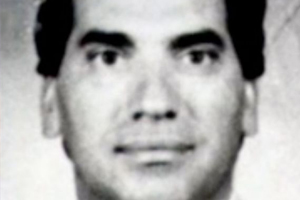 The Mafia boss arrested by British police at his home in Uxbridge on Wednesday has been described  as “kind and generous to a fault” by a travel agent who worked with him for more than 12 years.

Murray Harrold, a homeworker for Eton Travel, corrected widespread claims that Domenico Rancadore had been running a travel agency from his home in Uxbridge, west London.

Rancadore, who had been living in the UK under the alias Marco Skinner since 1994, is due to appear at Westminster Magistrates’ Court today where District Judge Quentin Purdy will decide whether he can be allowed bail.

He is facing a seven-year term in an Italian jail for being part of a criminal organisation between 1987 and 1995.

Harrold told Travel Weekly: “Marco was the most kind, generous, thoughtful person you could meet. It has really pained me that he’s been presented as an ogre in the press. His children were polite and diligent too.”

Harrold met Anne when she was working in Gerrards Cross. He was running a chauffeur business at the time and Anne suggested her husband get involved.

“Anne said hubby’s at home not doing a lot, so he started driving. He would get up at 5am to take someone to the airport and sit outside a restaurant until late at night waiting for them. He was very hardworking.”

Rancadore took over the business, which because known as Executive Travel, five years ago when Harrold decided to concentrate on his travel agency. He had many high-profile and blue-chip clients.

Harrold said Rancadore’s Jaguar was a “tool of the trade” rather than evidence of a lavish lifestyle.

He said: “I nearly fell off my chair when I read about this. His history is none of my business. I only know the man I know. He used to come round my house with his kids and he came to my wedding.”