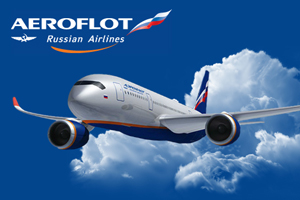 The airline, which still controls 40% of the Russian aviation market, is hoping from 2014 to launch its first budget routes from Moscow to Saint Petersburg and to cities in the south of Russia from next year.

The new Aeroflot subsidiary, whose name has yet to be unveiled, plans to eventually serve international destinations including Kiev, Yerevan, Istanbul and Barcelona with a fleet that will comprise 40 aircraft starting with Boeing 737s, according to the daily newspaper Vedomosti.

The budget Aeroflot would likely be based at Domodedovo in the south of Moscow as opposed the airline’s main hub at Sheremetyevo airport, the AFP news agency reported.

Russia’s third biggest airline, UTair, is also planning to set up its own low-cost carrier, pointing to a clear market demand.

“People consider more and more that their time is precious and they are going to want less and less to spend two or three days to get anywhere,” chief executive Andrei Martirossov told Vedomosti.

But setting up a budget airline is still dependent on changes to Russia’s aviation regulations which are stricter than in Europe.

Russian law also forbids the hiring of foreign pilots, a major problem in a country whose aviation boom had led to a pilot shortage and consequent high salaries.

Aeroflot chief executive Vitaly Saveliev called it a “paradox” that Russian authorities have allowed Wizz Air and easyJet to fly into the country but has not levelled the regulatory playing field so Russian companies can use the same business model.

The Russian authorities appear to have understood the necessity of acting after president Vladimir Putin gave his agreement in principle to the creation of a low-cost airline last October. But changes have been slow to come, according to the AFP report.