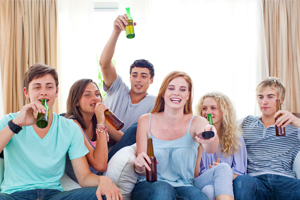 Young Brits are putting themselves at risk of harm because of cheap alcohol and the results of peer pressure while on holiday.

Foreign Office research shows that 51% of 16 to 24-year-olds say they are likely to drink more on holiday than at home, with two thirds attributing this to alcohol being cheaper.

Meanwhile, 40% said they had felt pressure from friends to drink more than they wanted to.

The Foreign Office said consular staff had already been called on to aid British nationals who get into trouble after drinking.

Gavin Cook, deputy head of consular assistance at the Foreign Office, said: “Going on holiday is a great opportunity to relax and have fun with family and friends, and enjoying a drink can be part of that.

“We’re not telling people to stop drinking but we do want people to be aware of the consequences of drinking to excess – and our research shows almost half of young people understand them already.

“Activities which may be legal in the UK may not be legal in another country. To avoid a night in a jail cell or even a criminal record, it’s important to research local laws and customs, including on alcohol consumption, before you go.

“Drinking can impair judgement.  The effect of being hospitalised or arrested overseas goes far beyond a ruined holiday and can have a devastating impact on family and friends – financially and emotionally.  So our message is have fun in the sun, but drink responsibly so you don’t put yourself at risk of harm.”

Anne Foster, director of marketing and communications at alcohol education charity Drinkaware, said: “Holidays are the perfect opportunity to relax and have fun, but drinking to excess in the sun can result in more than just a hangover. It’s important to stay hydrated in the heat, especially if you are drinking alcohol, as it dehydrates you even further.”