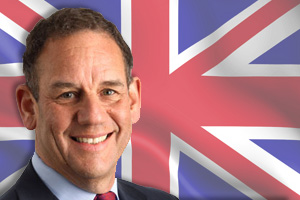 VisitBritain chairman Christopher Rodrigues has called on the inbound industry to stop whingeing and create partnerships to boost tourism.

Speaking exclusively to Travel Weekly, Rodrigues said: “The time for whingeing is over. We’ve made our case and we’ve been heard by government.

“We are in the middle of one of the best years for incoming tourism so let’s get on with what needs to be done to grow our business in the face of tough global competition.”

He insisted the government was listening to the industry, adding: “They’ve heard what the industry has to say but right now the Exchequer needs the money and no one has volunteered an alternative source of taxation.

“Everyone gets the point about airport capacity in the south. It is a real constraint on tourism – an industry that has delivered a third of the new jobs in Britain since 2009. Our concerns have been heard. The Davies Commission  needs to report and then we need action.

“And we need to recognise that there is progress on visas. The government is on the case and we should see real evidence of this in the months to come.”

Rodrigues encouraged trade bodies and travel companies to focus instead on working with VisitBritain and other organisations, such as visitor attractions, to provide content to promote cultural or sporting activities to the overseas market.

He admitted VisitBritain would have to trim its overheads following the government’s 5% cut in its budget from 2014, but pointed out that many other government departments were dealing with bigger funding reductions.