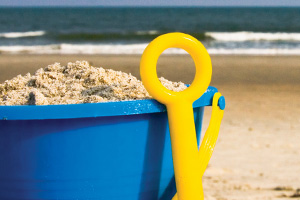 Britain’s continued warm weather is resulting in unprecendented levels of last-minute enquiries and bookings for UK holidays, the trade has reported.

“Our tracker has always shown more consumers booking holidays in England, but now we are seeing more of those holidays being booked through agents too. It’s really encouraging,” he said.

Advantage sales and marketing director Colin O’Neill said the consortium’s UK sales were 17% up in June and 4% up in July.

“Our performance for June and July has been really good for UK holidays,” he added.

Hoseasons has reported a 21% increase in website visits over the past four weeks on the same period last year, with 60% of bookings made in the last week of July for holidays within the next month. On August 5 its call centre experienced its highest number of calls in one day since 2009, with 25% of calls coming from agents.

Managing director Simon Altham said: “People have been booking even later this year.”

He added that late bookers recognised the need to be flexible, often trading down from seven nights to three or four.

Laura Sims said: “We’ve had a lot of late bookings, which really shows the impact of the weather.”

Head of retail sales Allan Lambert said: “We have enjoyed more support in the lates period. Requests for point-of-sale material and searches online are up.”