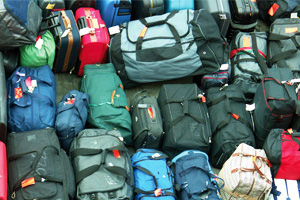 Ryanair responded to news of trade-friendly baggage-courier start-up Luggage Mule by insisting agents’ websites could display its fares “for price-comparison purposes only”.

Luggage Mule announced its imminent launch yesterday with a pledge to allow agents to undercut Ryanair on the cost of flights to the western Mediterranean for passengers taking a bag.

The company plans to sell courier services via the trade, claiming it could knock £50 off the cost of a Ryanair fare with checked-in luggage.

However, Ryanair said agents could display its lowest fares only “subject to a licence agreement and the payment of a €100 donation to charity”.

The carrier told Travel Weekly: “Less than 20% of Ryanair passengers check in a bag and they don’t have to wait for their bag or golf clubs to arrive by courier when they reach their destination.”

It added: “Ryanair permits third-party websites to display our lowest fares for price comparison purposes only, subject to a licence agreement and the payment to charity.”

The carrier said the CAPTCHA security system on Ryanair.com was designed to protect “against unauthorised screen-scraper websites and ensure customers find the lowest fares only at Ryanair.com”.

Luggage Mule co-founder Antony Martin, a director of Rock Insurance, suggested agents would jump at the chance to undercut Ryanair.

Martin said: “The trade hates Ryanair because they are aggressively anti-trade.”

The company plans to start taking bookings in October.

Consumer magazine Which? reported last week on a study suggesting travellers could save money by sending luggage by courier rather than on Ryanair.