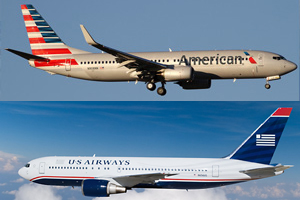 The American Airlines-US Airways merger could be put at risk due to a delay in the start of a government anti-trust trial.

The US Department of Justice has requested that trial proceedings to block the merger begin on March 3, 2014, well after the November date sought by the airlines.

There should be a “realistic possibility” of a settlement in the case, the airlines said in a joint filing to the DoJ.

They said they tried to settle the dispute before the lawsuit was filed and indicated their willingness to consider settlement options to antitrust officials.

The DOJ’s previous request to start the trial on February 10 posed a schedule conflict for the judge overseeing the case and it was pushed back to March.

Claiming the carriers are attempting to “rush this matter,” the DoJ disputed the carriers’ claims that the trial schedule was “unprecedentedly slow.”

The airlines said the potential delay “inherently puts the transaction at risk because two independent companies can be asked to stay in limbo for only so long before they need to make independent plans”.

Meanwhile, American is due before a bankruptcy judge in New York today seeking approval for its re-organisation