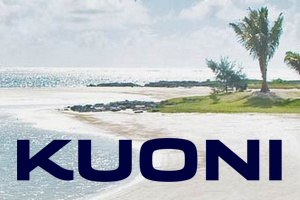 Kuoni could open 20 to 30 more concessions in John Lewis stores over the next five years, but is unlikely to expand its own chain of high street stores.

John Lewis has already agreed to double the number of Kuoni concessions to eight, with new outlets to open in its Brent Cross, Aberdeen, Welwyn Garden City and Leicester stores from October.

Derek Jones, Kuoni’s UK managing director, said he was confident the number would increase as John Lewis revamps its 39 stores.

“We will be driven by their ambition,” he said. “There will be a decent number. We might get 20 to 30 more stores. There is not a lot of reason to say no.”

Jones said: “It’s a different financial model to the high street, but both ourselves and John Lewis are delighted with the turnover in all four original concessions, which has exceeded both of  our expectations.”

Recruits for the new concessions include at least six former Thomas Cook staff.

Jones is also hopeful of future opportunities to work with John Lewis’s sister company Waitrose. He added: “We do see an opportunity with Waitrose.”

But further Kuoni stores on the high street were not planned, he said.

“We don’t have any plans to open any more standalone high street stores,” he said. “I am not saying never if an opportunity arose in a location we wanted, but the economics of being any bigger start to unravel quite quickly.”

The company is also hoping to attract more partner stores. It currently has 37, seven of which have shopfront branding, while 30 feature Kuoni brochure walls.

“I would love to get another 20 – that would be an audacious goal,” she said.