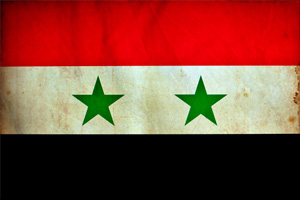 Airlines are drawing up contingency plans to re-route aircraft and absorb higher fuel costs in the event of a military attack on Syria.

A number of long-haul airlines fly through or close to Syrian air space to service other major destinations worldwide and link to key air traffic hubs in Europe such as Heathrow.

Tim Clark, president of Dubai-based Emirates, told The Sunday Telegraph that “contingency plans will be in place should anything happen” in Syria.

Those plans could potentially involve re-routing aircraft away from the area, although he stressed operations will continue “as normal” unless there is a serious deterioration in the situation.

“We are always in a state of preparedness for anything like this and the operations group of the company will have all of this on watch; contingency plans will be in place should anything happen,” Clark said.

Measures may involve shifting flights away from Syrian air space in the event of a military strike.

“If that does happen we will take any measures that we have to, to circumvent the areas,” he said.

An Etihad Airways spokesman said: “We have drawn up robust flight re-routing contingency plans in the event of any airspace being closed to commercial aircraft.”

British Airways said that it would be affected if the country’s airspace and surrounding areas become a no-fly zone.

“We are keeping our operations under review and we would make any changes that would be necessary,” a spokesman said.

Airlines also face a threat from a potential spike in the oil price as a result of the growing tensions in the Middle East.

Analysts at Société Générale are among those predicting Brent crude could surge by more than $30 a barrel if the conflict spreads to disrupt supply from other, more important, oil exporters in the Middle East, according to the newspaper.