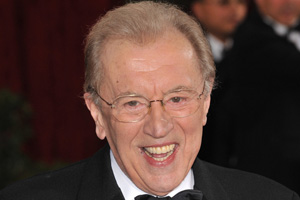 Tributes have been paid to broadcaster Sir David Frost who died of a suspected heart attack while on board Cunard’s Queen Elizabeth.

Frost, 74, was onboard the ship to give a speech on Saturday according to the BBC.

Peter Shanks, managing director of Cunard Line, said: “Sir David Frost was a remarkable journalist and broadcaster. Cunard had a proud association with him over many years.

“On behalf of us all at Cunard Line I would like to extend our deepest sympathy to his wife, family and friends.”

A statement on BBC News said: “His family are devastated and ask for privacy at this difficult time. A family funeral will be held in the near future and details of a memorial service will be announced in due course.”