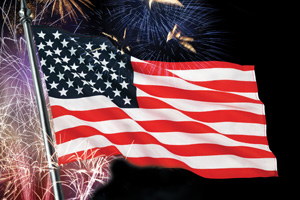 The US travel sector has grown six times faster than other exports in the first half of the year, according to the US Travel Association.

After growing five of the first six months of the year, travel exports edged down slightly in July, falling $96 million to a level of $14.8 billion.

The slight decline was in line with overall US exports of goods and services, which also edged down 0.6% in July.

The figures came from David Huether, senior vice president of research and economics at the US Travel Association.

He was speaking after the US Commerce Department announced that the country’s trade deficit deteriorated by $4.6 billion in July to $39.1 billion.

Huether said:  “Travel exports are outpacing agriculture and manufacturing exports as well as other service exports to the world.

“This powerful economic force of welcoming international travellers to our shores is one of the primary reasons why the travel industry has added jobs at a faster rate than the rest of the economy during the past three years and has already made up more than 90% of the jobs lost during the ‘great recession’.”

He added:  “Travel continues to be a leading export for the US economy. Through the first seven months of 2013, travel exports increased 8.9% compared to the same timeframe in 2012, six times faster than the 1.5% rise in other US exports of goods and services so far this year.

He urged the US government to support the ‘Jobs Through Launching Travel’ (JOLT) Act which is proposing modernising the expanding the visa waiver programme, reducing visa waiting times and speeding up entry to the US.