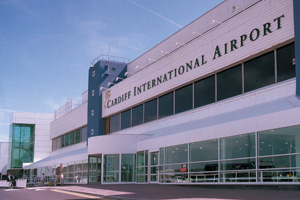 Proposals for a Gatwick-sized airport in Wales have been defended against claims they are “far-fetched”.

Previous proposals for a “Severnside” airport were rejected more than a decade ago by the government under an aviation white paper’s 30-year plan for air travel.

But fresh proposals have now been submitted to the government’s Airports Commission looking at the future of air travel.

They suggest that a major airport should be built on the Welsh coastline, south of the former Llanwern Steelworks site in Newport, by about 2029.

It would include a 4,000m main runway with road links to the M4, sea links and rail links to the main London-Wales mainline.

One thousand people would be employed, while there is also potential for 10,000 support jobs, the proposals say.

The airport would also be capable of handling transatlantic aircraft, with the number of passengers forecast to rise from 14 million a year initially to around 40 million by 2050.

With the majority of aircraft taking off and landing over water, the noise and air pollution for nearby residents would be minimised,

Former British Airways executive John Borkowski, who is behind the scheme, says there are too many regional airports and a larger hub would boost the economy.

Both Cardiff (pictured) and Bristol airports would need to be sold if the £5 billion Severnside Airport was to be built near Newport.

“This airport we’re talking about is something completely different [to Cardiff and Bristol],” Borkowski told BBC Wales.

“What we’re talking about is a big airport, much more attractive, with state-of-the-art facilities.

“I mean, if you look at Cardiff and Bristol, the facilities are okay for a small regional airport but they are not equivalent to the sort of stuff you find in big international airports.

“What we’re talking about is having facilities for full service airlines, not just for low-cost carriers, which is going to attract a different kind of market into that area.

“To attract the inward business traveller, the man who wants to invest, you need a big airport.

“He doesn’t want to fly into Heathrow and then have to get onto a train somewhere.”

“It is important that these are deliverable solutions, not somewhat far-fetched proposals reliant on the forced closure of a successful, privately owned airport which supports thousands of jobs.”

Cardiff airport chief executive Jon Horne also said he was focusing on improving the existing airport rather than any potential new Severn airport.

“The focus here is the now and near future and doing the best job we can for the benefit of the people of Wales,” he added.