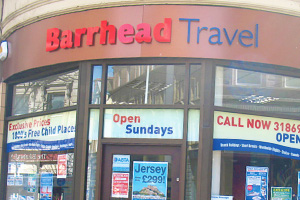 Barrhead Travel is the eighth company to become an accredited body under the Atol scheme, the Civil Aviation Authority has confirmed.

Revised Atol Regulations, introduced in April 2012, allow an accredited body to hold an Atol on behalf of members so they can sell licensable holidays without the need to obtain their own licence.

Barrhead is the first company to attain accredited body status since Midcounties Co-op in January.

The news follows the introduction of Barrhead’s new umbrella brand for its homeworkers and managed service agencies, Brilliant Travel.