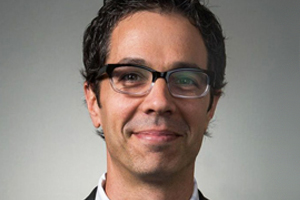 Asian travel and tourism will grow faster than the rest of the world and outstrip global economic growth over the next decade, posing major challenges for governments and industry.

The issue dominated the first day of the World Travel and Tourism Council (WTTC) Asia Summit in Seoul.

Adam Sacks (pictured), founder and president of Tourism Economics – a division of Oxford Economics – told the summit that growth in Asian tourism would “border on the exponential” in coming years, although the bulk of it would be regional.

Mario Ferreira, chief executive of Portuguese luxury river cruise company Douro Azul, said: “The big challenge is how to develop the infrastructure to handle the massive amounts of new travellers.

“Also, how do we get the staff who speak Chinese or Korean? We have a problem now in Portugal to get enough good Russian or Japanese-speaking guides.”

“People are on the move and I don’t believe governments recognise that. There are multiple challenges.”

In India, said Menon: “Half the population was born after 1980. But the other half are first-time travellers too.

“The majority of travellers out of India are travelling for the first time – they want security and familiar food.”

Ted Balestreri, chairman and chief executive of the Cannery Row Company in Monterey, California, said: “When tourism grows, the infrastructure has to be in place.”

However, Ferreira suggested the prospect was something to celebrate. He said: “It happened the other way when Europeans went to Asia. It’s fantastic.

“Sooner or later these travellers will come our way. Let’s hope we have enough people to receive them.”