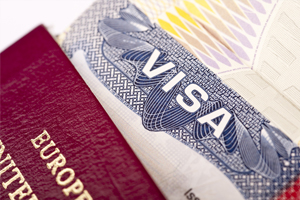 Abercrombie and Kent chief executive Geoffrey Kent told the World Travel and Tourism Council (WTTC) Asia Summit: “It’s ridiculous that an entire trip can be stymied by a hold-up for a visa. This visa thing has to be sorted.”

Indonesia tourism minister Mari Pangestu told the summit in Seoul: “Visas are not about security. They are about reciprocity.

“Countries only grant free visas if the other side gives a free visa. If it does not, this kills travel. We need political commitment [to change] at the top.”

However, World Economic Forum head of aviation, travel and tourism Thea Chiesa said: “It comes back to funds.

“Visas are a source of income for governments. They are not going to let go of that.”

Ambassador Dho Young-Shim, who chairs the UNWTO sustainable tourism foundation, told the summit: “We’re not only talking about the time-consuming process of obtaining a visa but also the cost.”

She insisted systems could improve, recalling: “In Korea we used to have visa applicants to the US queueing four times around the American Embassy.