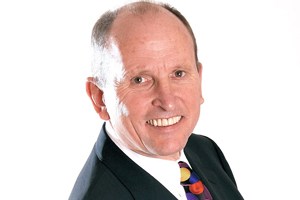 Hugh Morgan is to become chairman of tour operations at the Monarch Group as part of a series of management changes.

Under the new role, Morgan will assume responsibility for the Cosmos, Avro and Somewhere2Stay brands which make up the Monarch Travel Group.

Kevin George, managing director of Monarch Airlines, is leaving the business and a search for his successor has commenced.

Morgan returned to work at the business three years ago and said the new role would allow him to take more time to look at business strategy as well as act as a mentor to the new managing director.

He said: “I am absolutely delighted to have been asked to do this role. We have had a very successful three years and we have changed a lot within the business. We have outperformed the market this year and we are in very good shape.”

“I am also delighted to announce Hugh’s appointment to the new role of chairman of Monarch Travel Group and Phil’s appointment as his successor as managing director. Hugh has been a leading figure in the travel industry for many years and his continued involvement in the tour operating business as chairman to support the new management team will maintain continuity and add strength and experience to this business for the future.

“We welcome Phil’s appointment as it strengthens the next generation of management in that business, working alongside many very experienced colleagues and positioning the business for continued growth within its existing customer base in the trade and with consumers.”

Morgan, 66, added that the company had been keen to retain his experience and knowledge of the industry. “If you have years of experience, you don’t want to lose it,” he said.