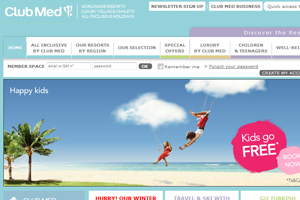 Hopes of swift completion of a friendly takeover of Club Mediterranee suffered a blow yesterday after an appeals court considering opposition to the deal set a hearing for early next year.

Paris-based Axa Private Equity and China’s largest private conglomerate Fosun are pushing to conclude a takeover bid, announced in May, that values the French holiday company at €557 million.

But an appeals court in the French capital has set February 27 as the date for hearing complaints of two minority shareholder groups.

This puts the process on ice until at least mid-March, as courts take a couple of weeks to issue their judgments, the Financial Times reported.

Club Med noted in a statement that the French stock market regulator, “promised to defer the closing of the tender offer at least eight days after the court judgment”.

Under the terms of the takeover, Axa and Fosun’s stake would increase to a combined 92% from about 19.3%, with the remaining 8% held by Club Med’s management.

Minority shareholders CIAM, a merger arbitrage fund, and Adam, a French minority shareholders’ association, have objected to the offer price of €17.50 a share and claim the proposed structure of the takeover raises conflicts of interest.