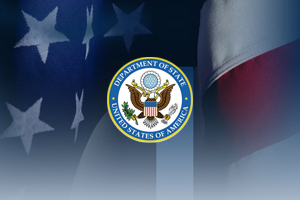 A global travel alert has been issued by the US state department amid fears of an unspecified terrorist attack by al-Qaeda and other militant groups.

The department cautioned US citizens around the world to “maintain a high level of vigilance”. It warned al-Qaeda and other groups could be planning attacks against US interests.

Militants could strike at sporting events, offices, hotels, and many other places, the state department said. Attacks may include suicide operations, assassinations, kidnappings, hijackings and bombings.

Regions specifically mentioned by the department include Europe, Asia, Africa and the Middle East.

Other potential targets include “residential areas, business offices, hotels, clubs, restaurants, places of worship, schools, public areas, shopping malls, and other tourist destinations both in the United States and abroad where US citizens gather in large numbers”, the department warned.

The state department also reminded US citizens of past attempted attacks on public transport systems and tourist infrastructure in Moscow, London and New York.

The department warned of an ongoing threat by a group called the Revolutionary People’s Liberation Party in Europe, who it said had stated its intent to commit further attacks following a bombing at a US embassy in Ankara, Turkey in February.

It also cited “credible information” to indicate terrorist groups sought to attack US interests in the Middle East and North Africa, the BBC reported.

US citizens were warned of terrorist activity in Lebanon, Iraq, Algeria, Libya, Saudi Arabia and Yemen.

The state department said attacks have already occurred in Pakistan, Afghanistan and India, and warned civil unrest in those countries could pose a threat for visitors.

Civil unrest and violent demonstrations in Egypt, Syria and Tunisia may also pose a threat to Americans there, the state department warned.

It highlighted the attack last week on a Nairobi shopping mall by Somali militant group al-Shabab, which left more than 60 people dead.

The department also called attention to threats to Americans travelling by sea, warning of a spate of recent attacks by pirates near the Horn of Africa and the southern Red Sea.

The state department urged all US citizens living or travelling overseas to take appropriate steps to bolster personal security.

“US government facilities worldwide remain at a heightened state of alert,” the state department said.