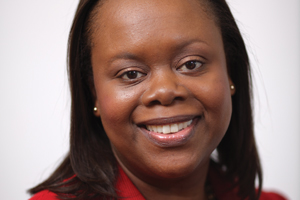 By Carol Hay, UK and European marketing director of the Caribbean Tourism Organisation

It’s no surprise that rising APD and the UK economy in general had an impact on visitor numbers to the Caribbean last year.

Arrivals from the UK were down 10% in 2012 compared with 2011. The fact that Britons’ average disposable income decreased also had an impact on the market to the Caribbean.

However, 2013 is already looking much more positive as several destinations have experienced increased traffic this year. There will also be a substantial amount of major investment in the region’s travel and hospitality sector.

Seven new resorts – in Grenada, the Dominican Republic, Barbados, St Vincent and the Grenadines, Jamaica, Cuba and Anguilla – will be unveiled, along with countless refurbishments and new hotel initiatives, all demonstrating the interest and opportunities that are growing in the region.

Package holidays still account for the majority of trips sold to the Caribbean, but we are experiencing a rise in interest in off-the-beaten-track destinations such as Montserrat, Curacao, Belize and Puerto Rico – all of which have experienced increases in visitor numbers this year.

This reveals that the Caribbean has a wide potential customer base that includes not only families and honeymooners, but ‘wanderlusters’ and adventure seekers too.

This demonstrates that, while the Caribbean is still a great value-for-money holiday option, the individual character of each destination is starting to be recognised and explored by UK travellers. This growing interest in unique culture is being matched by Caribbean countries with a whole host of new initiatives.

Grenada, where a Gary Rhodes restaurant will open this year, is showcasing its wider gourmet credentials, while Anguilla has launched art and gallery tours. Indeed, every destination is offering something new and unique about its own culture.

The Caribbean is also making great strides in ecotourism. This is another growing aspect of the region’s offering that is proving increasingly popular with international guests.

And sustainable travel does not just mean staying in an eco-lodge. Grand Cayman has launched sustainable kayaking adventures in a bioluminescent bay, Guyana is being recognised as a fantastic eco-friendly wildlife destination for jaguars and a host of other wildlife, and visitors can explore Bonaire in electric tuk-tuks and bicycles.

At the Caribbean Tourism Organisation, we hope 2013 will see further uplift in UK traveller numbers to the Caribbean, and feedback from our tourism partners has been positive.

We are focusing on promoting the individuality and range of Caribbean destinations while showcasing the great deals available. Many operators and hoteliers are offering exceptional deals with lots of added extras that are generating interest and helping to build visitor numbers.