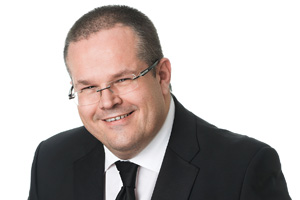 Harding-McKay is the first franchise of Local Trader Deals, which allows independent shops to post deals for a small charge. Any local independent business can get involved, from plumbers to hairdressers.

Claphamlocaldeals.co.uk has gone live and Harding-McKay will now invite local traders to join the site. Customers can sign up to receive offers by email.

Harding-McKay, who will take a back seat from running his Clapham-based travel agency while he sets up the business, will initially promote the site through social media and window posters.

Laws said the idea was an extension of its Late Cards business, which provides an online platform for operators and agents to distribute deals.

Laws is initially targeting high street agents, capitalising on his existing relationships. Another two franchises are ready to go live and he is in talks with a further six.

He said: “It’s about getting people back into town and using local services. With operators trying to get clients to book direct, this is another way to remind people what a travel agent does.

“It’s too easy to take more notice of an operator with big marketing budgets. Agents can provide the best service at a great price.”