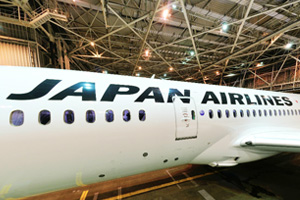 Japan Airlines is expected to confirm its first order from Airbus in a market dominated by rival Boeing.

A deal for Airbus A350 wide-body aircraft is due to be unveiled today (Monday), Reuters reported.

The news agency said sources gave no details on the number of aircraft to be acquired, but industry analysts previously told Reuters they expected Jal to order around 25 aircraft in a contest pitting the A350 against Boeing’s yet-to-be-launched 777X.

“It looks as though Jal has decided to go with Airbus,” one of the sources said.

Delays to Boeing’s 787 Dreamliner and its subsequent grounding after its batteries overheated have tarnished its image and cast doubt on Boeing’s ability to deliver aircraft on time, industry experts said. Both Jal and All Nippon Airways are major Dreamliner buyers.

Jal president Yoshiharu Ueki, and Airbus chief executive Fabrice Brégier are due to attend a news conference in Tokyo today.