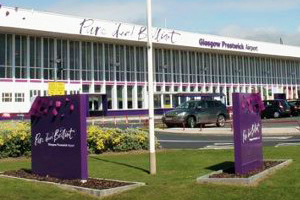 Prestwick’s New Zealand-based owners have suggested they may give away the airport for nothing.

The Scottish government announced on Tuesday it was negotiating to buy the unprofitable airport from Infratil.

But in a statement on its website, the company said it did not expect any transaction “to give rise to material proceeds”.

Prestwick was put up for sale last March after heavy annual losses. Several investors expressed interest but no offers were made.

Infratil has also been trying to sell its other UK airport, Manston in Kent.

“On 15 May 2013, Infratil announced that it had written down the value of both airports to £11 million.

“Infratil does not now expect any transaction completed for Glasgow Prestwick Airport or Manston Kent Airport to give rise to material proceeds.”

The Scottish government hopes to conclude detailed negotiations with the company by November 20, the BBC reported.

Infratil has agreed to ensure the airport is kept fully open and operational during the negotiation process.

Scottish deputy first minister Nicola Sturgeon argued that Prestwick could be profitable if the right approach was taken.

She said she believed that “over time” Prestwick could go “back to profit”.

Sturgeon told BBC Radio Scotland: “We are embarking on commercial negotiations with the current owners of the airport so things like purchase price for the airport will require to be resolved in terms of the negotiation.”

The minister defended the government’s decision to step in to buy the airport, saying it was the “only realistic alternative to closure”.