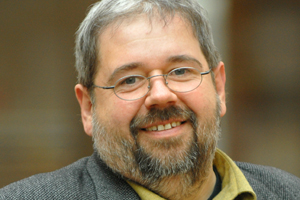 The first wave of China’s outbound tourism, which began from small numbers in 1997, has produced a none-too-friendly image of the typical Chinese tourist.

Large groups of camera-wielding people tumble out of a coach to take pictures of themselves in front of attractions they are not really interested in, doing 10 European countries in nine days by ticking off the cities with a shopping list for overpriced branded goods, demanding service at a level you never find in China and mocking the cities visited for their laughable number of high-rise buildings.

No wonder some journalists have started to talk of the Chinese as the new “ugly American” tourists.

One of China’s vice premiers, Wang Yang, criticised the “uncivilised behaviour” of subjects abroad after a photo of graffiti by a Chinese teenager, saying “Ding Jinhao was here”, appeared scratched on a 3,500 year old stone tablet at the Temple of Luxor in Egypt.

The new Tourism Law of China, which came into force on October 1, makes it mandatory for outbound travellers to avoid behaviour which could reflect badly on China.

Package tours, which enable participants to boast to friends, relatives and colleagues that they have joined the ranks of international tourists, will continue to constitute the greater part of Chinese outbound tourism in terms of volume for the rest of the decade at least.

That is because many millions of Chinese are still awaiting their turn to see Paris, Amsterdam and – visa permitting – London.

However, a second wave of Chinese outbound tourism has already started. About one third of international travellers from mainland China are going abroad without using the services of tour operators.

Many of these ‘new Chinese tourists’ have been studying abroad, speak some – or even fluent – English and have a much deeper understanding of the destinations they visit.

Whereas package group participants will leave all explanations to a guide, self-organised travellers spend an average 100 hours online before a trip doing their “homework”.

A number of external factors have helped this second wave gain momentum:

However, the main reason is the growing sophistication of the tourists. Outbound tourism has become a normal part of consumption patterns for the top 5% of Chinese society.

A trip from Beijing to Seoul creates no more excitement or red tape than a trip to Hainan Island. Indeed, it requires less time and money.

Almost all affluent citizens of Beijing, Shanghai, Guangzhou and Shenzhen have been to the Eiffel Tower and experienced a Europe-through-the-coach-window trip. They are looking for activities instead of sightseeing and for new destinations, including in Europe.

Their sophistication and demand for niche products is not yet matched by the Chinese tourism industry which still concentrates on volume and where most staff in travel agencies and tour companies have never been outside China.

Emerging Chinese luxury tour operators are learning to cover the high-end of this market but still offer expensive services rather than customised experiences.

The new Chinese tourists are not travelling by coach. They blend into the general group of tourists. They eat local food and will be able to tell a Norman from a Gothic cathedral. They will often not even be identified as Chinese.

At the same time, research by the China Outbound Tourism Research Institute (COTRI) suggests package tour participants are increasingly aware of the waning bragging power attached to an overseas trip behind the flag of a tour guide.

“This is our first trip, we don’t speak English, we feel a bit insecure – but next year we will come back and my friend’s daughter, who is studying in Europe, will help us organise everything” is an answer given in different variants by many participants of package tours.

These new Chinese tourists offer UK service providers apart from Bicester or Madame Tussauds the opportunity to share in the growing Chinese market – provided they offer services adapted to the needs of this market and which Chinese visitors cannot simply organise themselves.

This is no longer about avoiding the unlucky number four and providing water cookers, but creating stories to tell based on the interests, expectations and dreams of the target group.

For example, where a whisky tasting for package group tourists often means no more than a visit to an overpriced shop, self-organised travellers will be interested to learn more – preferably with a diploma and a video to take home at the end of a whisky seminar of a few hours.

New Chinese tourists are money-rich but time-poor and they are still Chinese, meaning they travel abroad not least to be able to increase their status back home, albeit on a higher level.

The whisky they buy to ship home will be chosen not just by the popularity the brand enjoys in China but according to the experiences they connect with it – something new in the shopping behaviour of Chinese travellers.