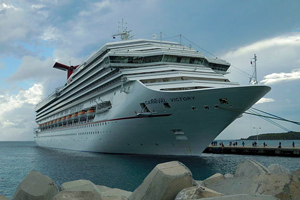 A six-year-old boy has drowned on board a Carnival Cruise Line ship.

Sky News reports that Carnival Victory was on the last leg of a four-day Caribbean cruise when the boy drowned on Sunday.

He was at the pool area with his family, including his 10-year-old brother.

Passengers immediately pulled the boy from the water and began CPR but he died at the scene.

In a statement the company said: “Carnival extends its heartfelt sympathy to the family during this very difficult time.

“The company’s CareTeam is providing assistance and support.”

The Miami-Dade Police Department is investigating, but say the drowning appears to be accidental and foul play is not suspected.

The ship arrived back in Miami this morning.