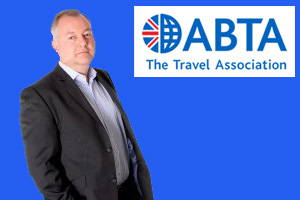 Abta will open its Travel Convention on Sunday following a record high in member business and more than 100 members joining its Atol-administration scheme in the past 12 months.

The annual value of members’ business hit a record £31.5 billion. The Abta-Atol scheme had more than 160 members at the start of this month, up from 58 a year ago, and head of financial protection John de Vial (pictured) reported more “in progress”.

The figures follow claims that Abta is no longer relevant – a view expressed most strongly by Lowcost Travel Group chief executive Paul Evans, who resigned from Abta in May after telling the Barclays Travel Forum: “Will the last person to leave, turn the lights off at Abta.”

De Vial said: “We’ve seen a clear trend towards existing Atol-holders moving across to the Abta-Atol scheme, reflecting the value it offers on fees and reduced administration. This is a real success story, born of an innovation for Flight-Plus retailers, but which has developed well beyond that.”

The scheme was set up as a way for agent members to comply with Flight-Plus Atol rules introduced in April 2012. It offers reduced licence fees and removes the need for dual bonding with both Abta and the Civil Aviation Authority.

De Vial explained: “The original motivation was to establish a scheme to help retailers brought into the Atol scheme. There were early adopters because of Flight-Plus. But it’s regular tour operators, or agents who already had an Atol, opting to do this through Abta. The overwhelming growth has come from tour operators.”

Of the first 161 Abta Atol-holders, 130 are principals, 113 retailers and 82 both. De Vial said: “It’s increasingly common that members operate in both spaces.”