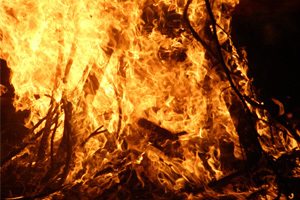 One man has died as a bushfire raged out of control to the north of Sydney.

Hundreds of homes in the region have been damaged or destroyed as authorities warned Australia’s most-populous state faces hazardous conditions for months to come, Bloomberg reported.

A 63-year-old man died protecting his home from a fire at Lake Munmorah on the New South Wales Central Coast, about 68 miles north of Sydney.

“We’re seeing some of the worst bushfires experienced around Sydney in living memory,” state Premier Barry O’Farrell told Sky News. “Emergency services are in for a long tough summer.”

Newcastle airport to the north of Sydney re-opened today after a nearby bushfire forced it to cancel services yesterday.