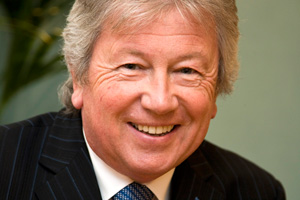 Two years ago next month the travel industry held its collective breath to see if Thomas Cook would go out of business.

A recent Travel Weekly article by Whitehart Associates’ Chris Photi outlined that the collapse of a major travel company could cost £1 billion, dwarfing the funds raised by the Atol Protection Contribution (APC) at the current rate of £2.50.

He went on to state the APC is totally inadequate and should be in excess of £5. An article the day before by the same author blamed too much regulation for inhibiting future entrepreneurs entering the industry.

These arguments may seem contradictory but are two book ends of the same bookcase.

The industry is indeed over-regulated, but with a downside to the public purse of maybe £1 billion and untold fall-out from customers that are unaware they are not covered in the event of a major collapse, then it has brought the regulation on itself.

On the May 1 2010, eighteen months before Thomas Cook’s expected demise, it increased the balance payment due date from 56 days to 70 days before departure.

Tui Travel planned to follow suit six months later (but a glitch delayed them until early 2011) and Virgin Holidays went from 70 to 84 days on the March 1 2011.

With an increasing tendency by scheduled airlines to offer attractive fares if paid in full and budget carriers already charging in full at time of booking as part of their business model, the industry progressively puts itself into a position that regulation has to be more, not less stringent.

Just imagine the extra risk to the taxpayer as the industry big players on a whim are allowed to collect customers’ money sooner without their APC increasing proportionately. Two weeks of extra revenue on annual sales of billions is a big figure.

What used to be a process to obtain commitment from customers has become a crutch that few of these companies can survive without.

The elephant in the room is not the online travel agent seeking an advantage with VAT, or trying to avoid health and safety hotel checks, or the agent going bust.

In Australia the Travel Compensation fund (TCF) will be disbanded next year as the government has come to the belief there is little risk to customer’s money if agents go bust.

While there is a different structure in the industry in Australia, it is clear that agents going bust in the UK pose no threat to the Air Travel Trust fund being overwhelmed.

If the agent fraternity has to accept the full responsibilities of principal under the proposed new package travel regulations, then a level playing field for operators would entail de-risking customer money by placing it in a trust as many agents already do.

It would mean operators that commit to beds and seats finance their survival by conventional borrowing; it would mean bonding their airline seats or even their own airline (which perversely agents are obliged to do yet airlines are not).

Failing that, a level playing field must charge APC directly in proportion to the risk they incur with customer money and commitment to seats and beds.

At present APC is subsidised by agents, as many place their money in trust, reducing the risk, yet contribute the same amount per passenger to fund the Air Travel Trust Fund.

A level playing field should surely see APC charged in relation of the risk to customers’ money.

If the majors had to fund the APC realistically from their own bookings then the APC might be three or four times the figure of £5 that Chris Photi suggested and zero for those that don’t take such risks.

Those operators that commit to buying product not only have their cake and eat it but expect others to pay for it. In the Republic of Ireland this commitment by operators is recognised in its regulations and bonding.

Thomas Cook’s near demise was a warning to the industry and to the government that regulation is essential.

We all want less regulation but it would mean the major operators living within their own means and prevent them from risking customers advanced money.

If this does not happen, eventually APC will become unpalatable for the government and, ethically, how can the industry canvass for the abolition of APD yet be oblivious that by their actions they cause another tax, APC, increase.

The industry will not shake off the shackles of regulation unless it ceases to risk customer money prior to delivering the goods.

We are now coming to a defining moment when the big players want to shackle the more prudent part of the industry with the same regulation that they abhor. It will result in less choice and less flexibility for the customer.

If it happens so be it, but without the government tackling and reducing the level of customer money swilling around in the industry we are just putting off the inevitable car crash.

How much will the customer be charged for protecting the loss of their own money in the future, £50, £100? Surely it has to stop.

The willingness to take advantage of imposing more regulation on others might come back to bite them as the government realises that the future funding of the ATTF will become untenable.