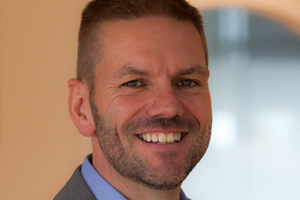 The new UK and Ireland managing director of Royal Caribbean International has sought to reassure agents about the outsourcing of its UK call centre to Guatemala.

Speaking to Travel Weekly on his first day in his new role at Abta’s Travel Convention in Dubrovnik, Stuart Leven revealed that his leadership team in Weybridge were heavily involved in training the new Guatemalan call centre staff and that he would be visiting the Central American team in the next couple of months.

He said: “Over the past 15 years I’ve been involved with outsourcing several call centres, so I do understand the importance of making sure that your objective for outsourcing has to include improved customer service levels.”

He explained that calls would be moved across gradually to the new support centre.

“About 25% of calls will be moved across by the end of the year, but as we go into the [turn-of-year] wave period, we will still be fully staffed in the UK.”

Leven, who was brought in following a major restructure of the UK business, which involved splitting up Royal Caribbean Cruise Line’s three brands and giving them individual teams to grow each business, revealed he had almost completed his line-up.

“I still have two key hires to make – a sales director and a finance planning role,” he confirmed.